In fact, shipping was handled entirely without them for most of oceanic shipping’s history. Shipping containers and the resulting “containerization” of the shipping industry were both relatively recent innovations that transformed the global economy and allowed for unprecedented development, low shipping costs, and a complete reinvention of oceanic shipping.

Let’s break down the history of shipping containers and examine the figures, developments, and decisions that led to the intermodal and worldwide containerized shipping system that all developed nations use to this day. 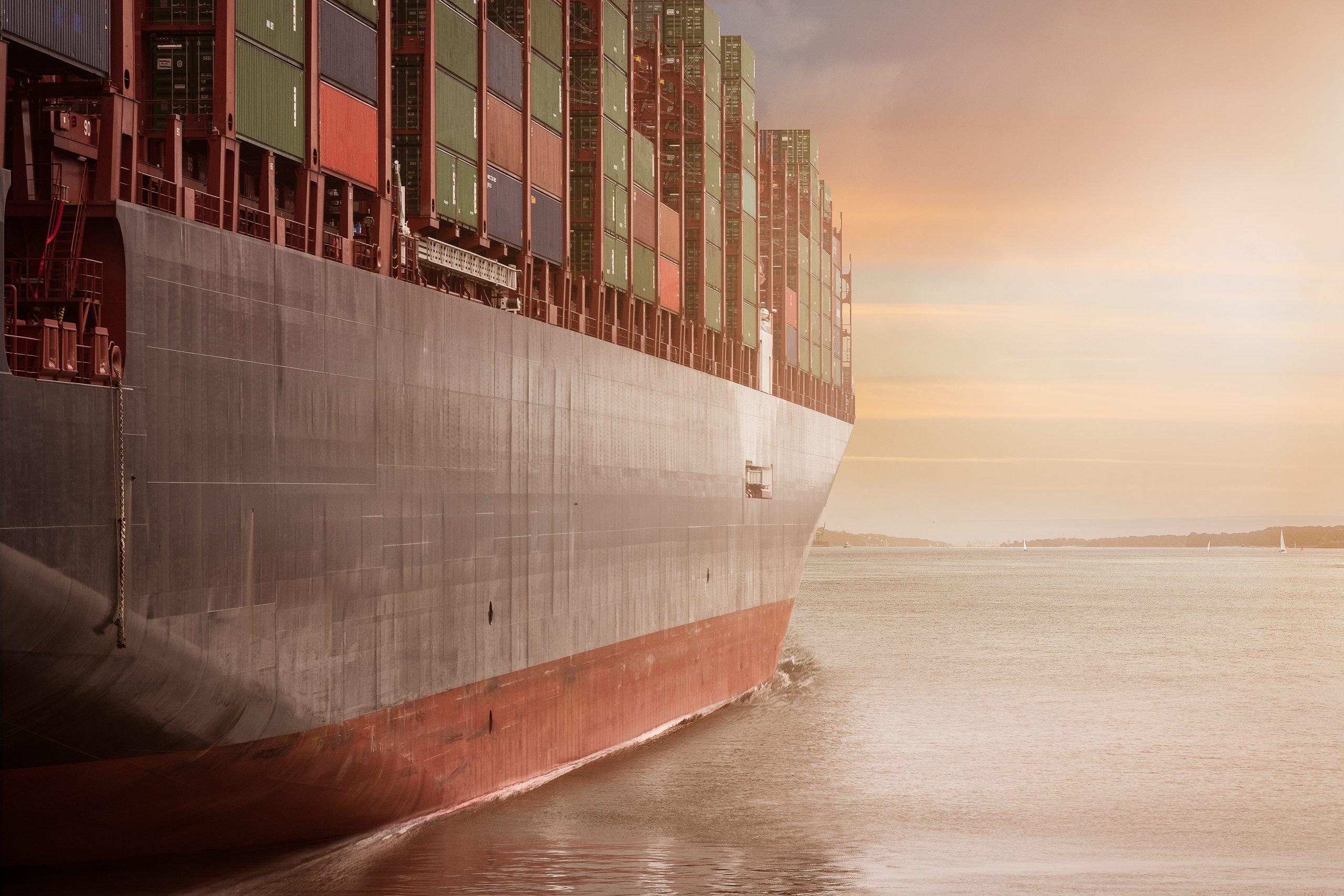 History of Shipping Containers – Background That Led to Their Creation

Before shipping containers totally revolutionized ocean freight transportation, cargo was generally slowly and manually loaded. Cargo was called “break bulk cargo”, and goods were taken through a significant number of handling checkpoints as cargo was moved from a warehouse to a vessel, then from that vessel to another warehouse, and so on.

While the railroads, which expanded during the 1800s, helped revolutionize above ground bulk freight transportation, this didn’t help much when it came to actually putting cargo on ships and transferring that cargo across the sea.

Things were even more complicated because bulk cargo was poorly secured and was not as well organized as we’re used to. Dockworkers would frequently load cargo in a Tetris-style configuration, trying to fit irregularly shaped cargo together as best they could.

Introducing the Inventor of the Shipping Container

Malcolm McLean was a small-load trucker in the year 1937, and he saw the issues with ocean cargo firsthand – as he dealt with many of the same types of cargo via his own trucking company.

To better his own profits, McLean purchased the Pan Atlantic Tanker Company and all additional shipping assets. Once he had all these resources, he began experimenting with more efficient ways of loading and unloading cargo for his trucks.

He may have been partly inspired by the 1950s efforts by the U.S. Army to use so-called “Transporter” containers. These were developed for use during the Korean War, as troops needed to move tons of supplies from place to place both along the coast and inland throughout Korea.

Furthermore, Western Europe was already setting various standard sizes for transport containers. Such containers were used for railroads and were eventually evolving for ship and truck transport. This, in turn, created the first international container shipping regulations.

When Was the Shipping Container Invented?

McLean likely saw all of these developments and combined them with his own resources and knack for shipping sense. In 1956, he created and patented the Ideal X: the first shipping container we would now recognize as modern. He shipped 60 containers on the deck of a ship from Newark, New Jersey to Houston, Texas as an experiment. This intermodal cargo transportation method allowed the containers to be stacked on the deck of a ship, both allowing for faster loading and unloading and for more cargo to be piled on the ship safely and securely.

This also eventually led to shipping containers being stored below deck for even greater transportation efficiency. McLean developed the system he would eventually call “fitting”, which allowed containers to be lifted and fixed onto vehicles or fixed to one another for greater security.

The result? Loading costs across the shipping industry plummeted, so long as companies used his method and similar containers. For example, loading costs went from $5.86 per ton during the 1950s to today’s value at just $.16 per ton of cargo loaded.

History of Shipping Containers – 1968’s Revolution Was a Turning Point

Other developments followed shortly after McLean’s original Ideal X, including:

From the years of 1968 to 1970, the ISO standards for shipping container size, construction, and other aspects were set in stone so that both McLean’s company and any other company wishing to adopt the new intermodal shipping container system could exchange cargo relatively freely with one another and with various ports.

The 1970s and 80s saw the exponential growth of the shipping container industry – for instance, over 4 million containers were used by the US, Europe, and Asia in 1973 alone.

This did not always have positive impacts for everyone in the industry. For instance, docks now required far fewer dockworkers to successfully and quickly load and unload cargo from various ships. This resulted in many dock workers being laid off directly because of containerization and its greater efficiency.

However, other advances opened up new job opportunities and promoted even greater commerce. McLean, not yet done revolutionizing the shipping industry, developed the first double-stack train car in 1977 with the help of Southern Pacific Railroad. In this way, you can see that the development of the modern shipping container directly impacted all types of shipping, not just ocean shipping.

Big business got another boom in 1977 when the Airline Deregulation Act became law, as it signaled a new wave of deregulation legislation that would continue until the mid-1980s. This allowed companies to continue growing intermodal carrier operations, effectively allowing carriers to transfer cargo between one another far more quickly and profitably than ever before.

By the 1980s, over 90% of countries had at least one shipping container port to take advantage of the new intermodal model. This was a good thing since over 12 million shipping containers were being swapped around the world by this time.

The result? Even lower shipping prices worldwide and better profits for the shipping container industry. Containerization continued throughout the world, including the railroads – by 1989, there were over 100 double-stack container trains that were each at least one mile-long operating across the US.

These developments have even greater impacts as time went on. For instance, greater shipping reach and lower costs across the board allowed the Chinese economy to take significant advantage of vast new resources now available to the country. China’s annual GDP grew by 13% per capita by 1999, in large part due to the easy exploitation of containerized supply chains and low prices.

Even better for some city residents and businesses, many dockyards closed as transportation companies were able to store containers more efficiently and able to regularly keep their fleet of containers in transit. The land was reopened for commercial or residential development since existing dockyards could now handle much higher traffic rates than before. This urban rejuvenation began in 1991 and has continued to this day.

If you thought Amazon and UPS were influential in the shipping world, then you haven’t read the history of shipping containers and the resulting revolution in shipping and commerce. It was arguably one of the most important transition periods in world history. International trade has always relied on sea transport for the bulk of carried goods and raw materials, but it was historically much slower and more costly than it is today.

Without McLean and the others who first envisioned and developed the intermodal shipping container system we use today, the world’s economy would be far smaller and the world overall would be quite different.

As time goes on, new innovations will continue to build upon the original shipping container idea, driving further development and improving trade even more.

Make Yourself a Part of the History of Shipping Containers

Find out for yourself why shipping containers have become a staple in our lives. Whether you’re building a home, a commercial building, or you’re in need of storage and transport, you can find the best prices at our store.